Magic of The Steelgraves
Search

About The Steelgraves--Award-Winning Maine Magicians 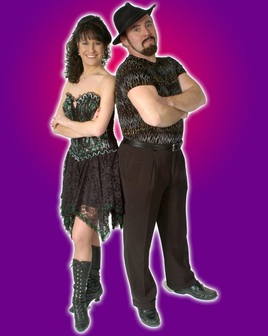 Hi! I'm Angelique Steelgrave; my husband Markus and I are professional magicians/illusionists, full-time entertainers who travel the East Coast performing for a wide variety of clients every year. We live in Southern Maine (East Waterboro, in York County) with our large family of critters--doves, rabbits, chickens, nine cats, and the occasional family of mice. Our job is to add that special, magical touch to your event in the most friendly, hassle-free way possible. We love what we do, and always strive to make sure you'll love what we do, too.

Markus has performed professionally for over 40 years; I, for nearly 30. Markus, beginning his professional career as a teenager by literally running away with the circus, also joined the Navy in the late 1970s. After that, he successfully operated his magic business under the performing name "Almodarr", first as a solo act then with former wife and partner, as "Almodarr's Grand Illusion". He/they performed anywhere from 250-500 shows every year during that time.

Meanwhile, I attended University of Southern Maine; while there I performed for 3 seasons as assistant to Maine magician Woody Woodward. Upon graduation in 1988 with a degree in Theatre, I co-founded and operated two touring children's theatres with my former spouse, Krackerjack Theatre Co. and Driftwood Players. Over 14 years we gave over 3,000 performances in schools, libraries, and theatres from Maine to Virginia. 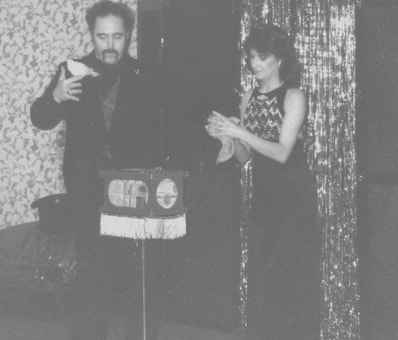 Circa 1994, "Almodarr & Angelique"
​Markus and I first met in 1985 at an audition for The Children's Theater of Maine.  We became good friends, and over the years, worked together off-and-on both in theatre and in magic--I would occasionally assist in "Almodarr"s shows, and he would occasionally provide magic consultation and technical assistance for Krackerjack's shows. (Check out this very old photo of us almost a quarter century ago--yikes!)

In December of 2002, the winds of our lives and careers shifted, and we began performing magic together full-time. In June of 2006, we were married. Over the years in addition to performing together, we co-founded and were Entertainment Coordinators of the Cape Cod Festival of Magic (2011-2014), then created and produced an annual convention for magicians, the Oceanside Magic International (2014-2017).
Just for fun awhile back, we decided to try adding up the number of shows we'd each performed prior to our partnership, we lost count around 13,000--Markus' and my separate shows combined.  Since we began working as a team, first as "Almodarr's Grand Illusion" then evolving into Magic of The Steelgraves, we've performed over 3,000 shows together, and won several awards throughout the country for both Stage and Close-Up Magic. 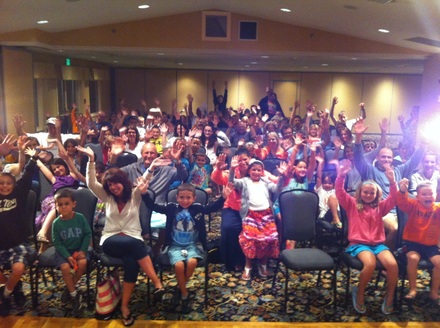 Making people happy! It's what we do, and we love our job.
Contact Us anytime to book a unique and fun magic show that'll add pizzazz to your special event. Thank you for your interest in our magic! We hope to work with you soon.