Magic of The Steelgraves
Search

There were a few photos taken at the show, but not a lot...we forgot to announce, "Hey, take lots of pictures and share them with us!" But below are a few snapshots of the evening. The show ran about 70 minutes and included two of our signature "grand illusions", magic with live animals, several routines with audience helpers onstage, lots of laughs, and a good amount of banter with the excited, lively family audience! There was also a 50/50 raffle, and after the show we autographed color 8 x 10 photos...and donated the $1 charge per photo to the school. 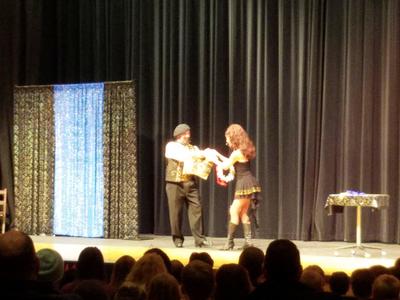 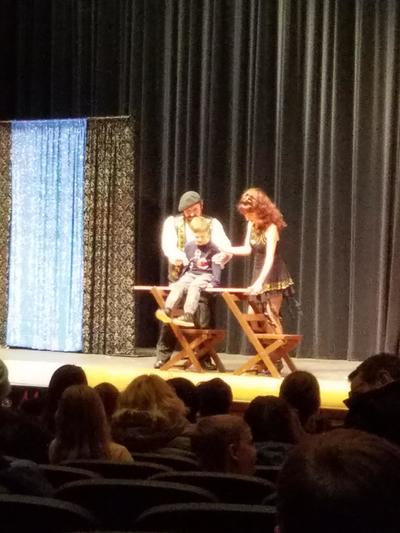 The Steelgraves have child volunteers from the audience to help with the magic tricks. Photo by Casie Grady 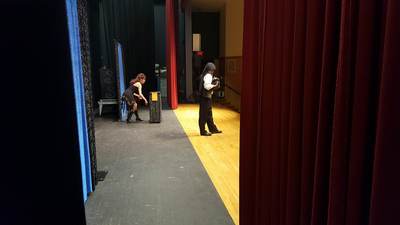 Teamwork between Markus and Angelique adds for a delightful dimension to the performance. Photo by Mark Bedell 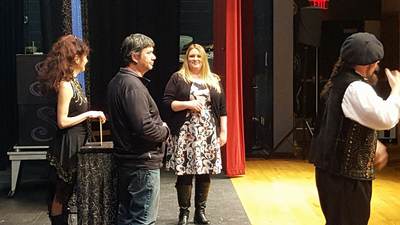 Markus banters with a child volunteer as he gets ready to draw the winning raffle ticket. Photo by Casie Grady 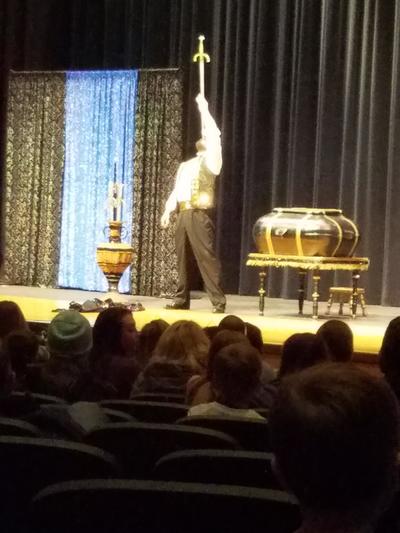 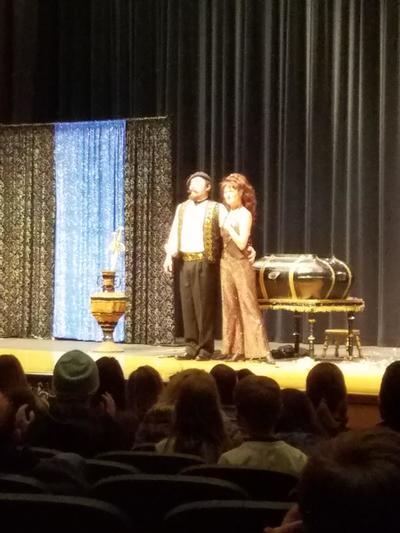 The Steelgraves perform one of their signature illusions, the "Basket of Mystery". Photo by Casie Grady 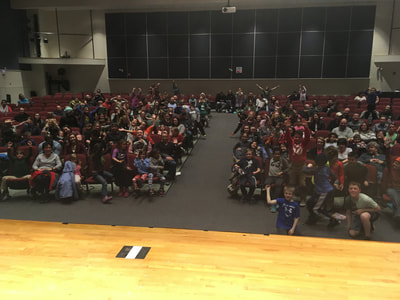 The Magic of The Steelgraves is kid-tested and audience approved! Photo by Angelique Steelgrave 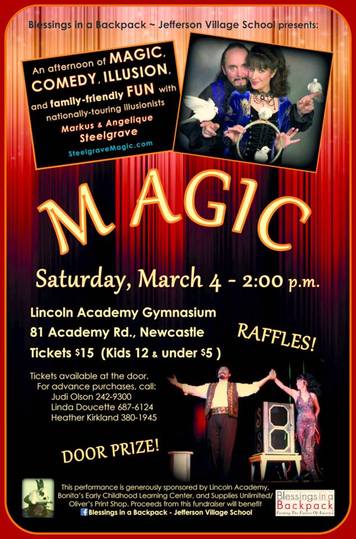 Poster designed by Angelique Steelgrave
​
In March of 2017, we partnered with the Jefferson Village School (Maine) Blessings in a Backpack program. Angelique designed the poster and program cover, which were printed by a local print shop who was one of the major sponsors of the performance.  This hour-long show featured one of our signature "grand illusions", as well as our adorable animals and lots of audience participation.

The organization raised much-needed funds to fill those backpacks, and all the families who turned out on that very cold, windy March day left the show feeling warm and happy after having a terrific time!

"I've been getting great reviews about your show. Thank you both so much! I thought your act was awesome! Thank you for making our fundraiser a big success."
--Judi Olson, JVS Blessings in a Backpack committee chair
Unlike many performers who offer their show for a split of ticket sales, we charge a flat, affordable fee...which is virtually always covered by sponsorships, donations, raffle money, and other avenues of revenue to which your organization has access. The ticket sales are basically profit to you! We also assist with promotion and publicity using our own channels, and provide a customizable poster and program cover design that you can use if desired. We also provide a Press Release/Public Service Announcement that you can forward to your local news outlets.
If your organization is planning a fundraiser, contact us. Ask us how we can help YOU! ​
The bio below is provided for use in your program booklet and press releases, so your audience gets to know more about us:

Markus and Angelique Steelgrave have brought wonder and excitement to millions of people throughout New England and beyond. This rare public performance features adorable animals, unique and amazing illusions you won't see anywhere else, tons of baffling magic, a sprinkling of good-natured audience participation, and just the right amount of hilarity!

Markus was inspired to be a magician as a child, after reading a book about Harry Houdini, and finding instructions in the back of the book on how to do a magic trick. At age 13, he literally ran away with the circus, and joined the Navy after high school. After his time on the high seas, Markus worked as a magician, juggler, and fire eater. He has been a consultant for theatre companies and TV commercials, and is also a skilled balloon twisting artist.

Angelique earned a BA in Theatre at University of Southern Maine, then co-founded and performed with her own children's theatre, Krackerjack Theatre Co. from 1988-2002. She saw her very first magic show as an adult, when encouraged by a theatre director who was also a magician and needed a new assistant for his shows. She was selected for the role, and magic has been part of her life ever since.

Although Markus and Angelique worked together off and on since the early 1990s, they officially partnered in 2002, and were married in 2006. Magic continues to be their full-time profession, and they give hundreds of performances each year for corporate groups, resorts, schools and libraries, Cub Scouts and Girl Scouts, private events, and fundraisers like this one. Most of their shows are out of state; however, in the Gorham area, they've performed at Village School, Gorham Parks and Recreation Dept., a number of birthday parties, and two times for the New Year Gorham celebration*.  [*specific to the Narragansett School show...each PSA/bio is customized to include any local performances we may have done in your area]

They've won several awards from their peers for both Stage Magic and Close-Up Magic, and have been the headlining act at magic conventions around the country. Local television appearances include "The Nite Show With Danny Cashman" and Fox 23's "Good Day Maine".

In addition to performing, The Steelgraves were the founders and producers of Oceanside Magic International, a convention for magicians that took place on Cape Cod for four years. They're also members of the Society of American Magicians and the International Brotherhood of Magicians, and Markus is a member of the prestigious Magic Circle in London.

Markus and Angelique Steelgrave live in East Waterboro with their large menagerie of animals (doves, rabbits, 9 cats, and the occasional flying squirrel)...but they have no children, so it all balances out. :-)